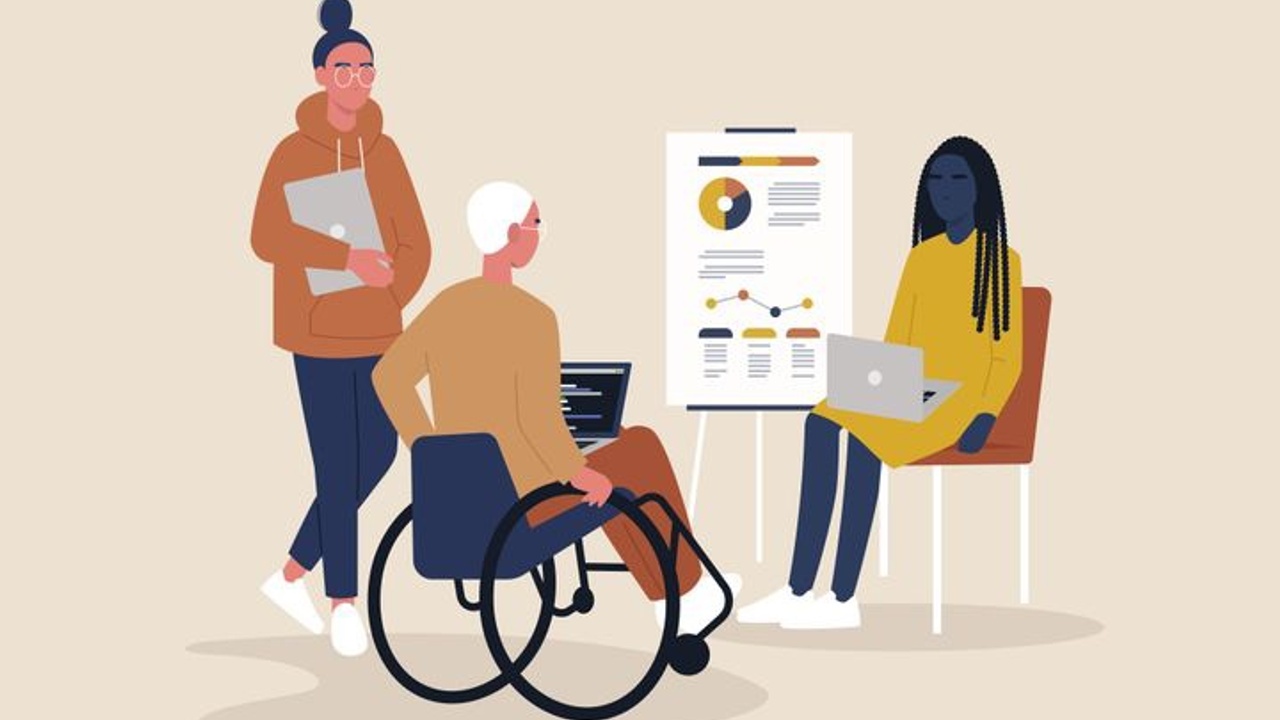 Ableism is probably one of the least discussed topics in the diversity, equity, and inclusion conversations, yet it’s one that also affects an enormous portion of the population globally.  Racism and sexism are pretty simple to understand as a concept and something we are more aware of. Most people can say with some degree of confidence if they hold any of those mentioned above prejudices, but ableism and how it manifests itself, have been a bit more elusive. While racism, sexism, and discrimination against the LGBT community appear more evident as straightforward, demonstrable actions, behaviors, or beliefs, ableism is something that many of us have exhibited unknowingly and unintentionally.

“He’s can be a little bipolar.”

Or the client yet ubiquitous -

For those who’ve never heard of the term before, ableism may seem like yet another buzzword detailing things we can and cannot say. That misconception couldn't be further from the truth. In reality, it’s a form of prejudice and discrimination that touches most of the country.

“Ableism is the discrimination of and social prejudice against people with disabilities based on the belief that typical abilities are superior. At its heart, ableism is rooted in the assumption that disabled people require ‘fixing’ and defines people by their disability. Like racism and sexism, ableism classifies entire groups of people as ‘less than,’ and includes harmful stereotypes, misconceptions, and generalizations of people with disabilities.”

The CDC reports that 61 million Americans live with a disability - 26% of the population. So, out of every four people you know, one person potentially lives with a disability. Sometimes we can notice a disability, like someone in a wheelchair, a walker or seeing-eye dog, someone who is deaf or hard of hearing, and even some forms of cognitive disability. Still, many disabilities and forms of disability go unseen, like mental health conditions/disabilities.

Mental illness and mental health awareness have grown in popularity, attention, and acceptance over the last several years. Still, we tend to miss how much of our language and jokes are actually is shadowed by ableism by either dismissing, disregarding, or reducing many mental health conditions. Reflect on how it appears in our daily conversations:

All of the above conditions are serious conditions that drastically affect the daily lives of those who suffer from them. The most extreme forms are debilitating and, in the most severe, can be life-threatening, so we should be mindful of reducing them to jokes or minimizing them altogether.

These issues greatly hurt people - people we love and know, and people we could potentially be - and these conditions are no laughing matter. When describing the various illnesses, diseases, and disorders, there’s a reason individuals preface their condition with “I suffer from…”

“They are just acting so crazy!”

If we’re honest, probably everyone has said this or some form of this before, whether they were upset with someone or describing some behavior, but what using “crazy” in this manner does is transform mental health disorders or symptoms into a pejorative. Using “crazy” seems harmless, but we have a history of using medical terms as socially accepted put-downs. The words imbecile, dunce, mad, looney, lame, dumb, and many others were all medical diagnoses and terms that got adopted as insults. And though it is a common practice, that does not excuse it.

Although we are the generation and culture that is the most accepting of mental health disorders, we should rethink how we also use phrases like this along with other jokes, sayings, and online memes, which reduce conditions that kill people into jokes and funny casual quips. All of these harmful and offensive terms should never be used and serve no benefit or positive utility. If we removed them completely, only using them for historical or explanatory purposes (like their appearance in this article), there would be zero loss in communication.

Thankfully, we’ve somewhat removed “retarded” from our lexicon - so we know it’s possible to erase once acceptable terms from our vocabulary for the consideration and respect of another - but words like “insane,” “nut/nut house,” and “crazy” cut just as deep. But just like we grow as a society to be more inclusive, accepting, and considerate, our language must grow and evolve as well.